I have to dedicate one of the first posts of this blog to the Sicilian winery where I took my first steps into the world of wine.
I’m talking about Tenuta Rapitalà, one of the greatest Sicilian wineries. 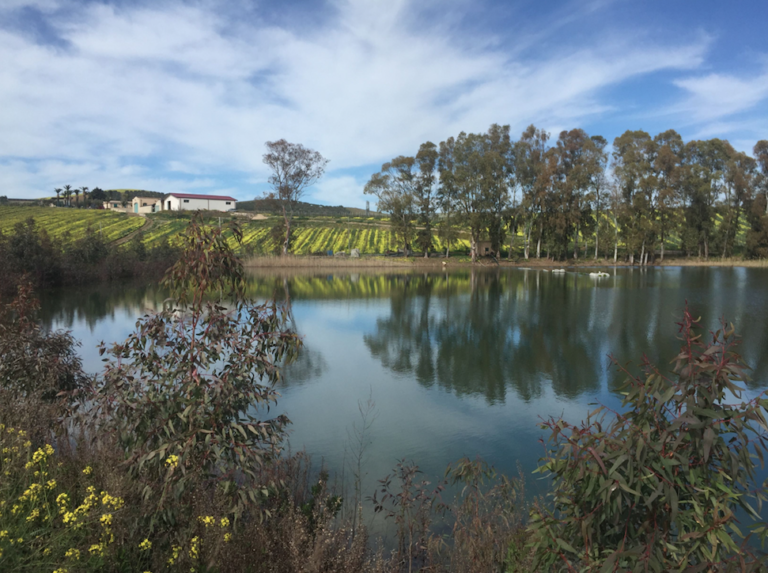 Vineyards as far as the eye can see, show off their rigor on hills that stretch between 300 and 600 meters above sea level, between the areas of Camporeale and Alcamo. To be precise, we are in the heart of the Alcamo Classico DOC.
Homeland for excellence of the Sicilian native white grape variety, the Catarratto.
Here the vineyards favorably kissed by the sun seem to sparkle all year round. 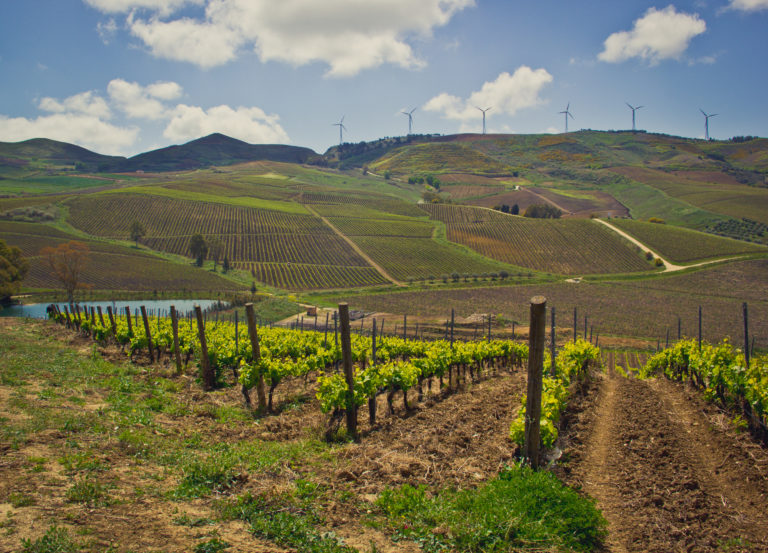 The great vocation to viticulture of this territory is well known, and the name of the Estate itself recalls it. Rapitalà is the name of the Contrada (district) where the cellar is located and has very ancient origins: from Rabidh-Allah that means house, gardens or river of Allah (no definitive meaning has been reached) – a relevant detail that also evokes the close link of Sicily with Arab culture. 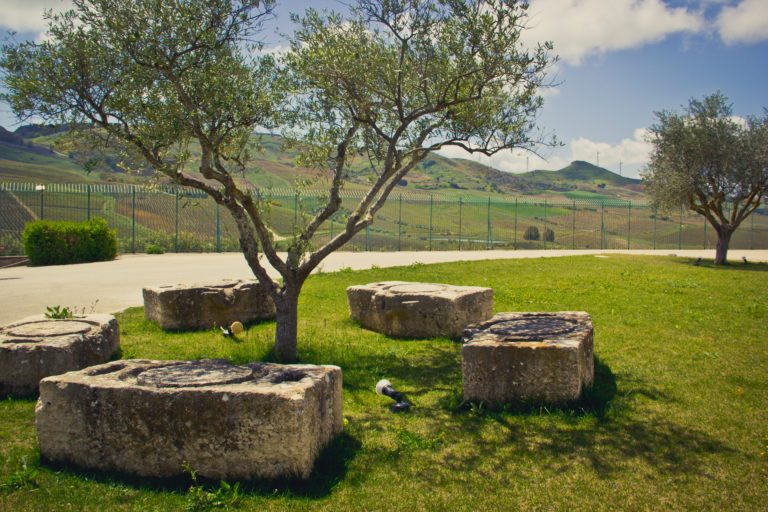 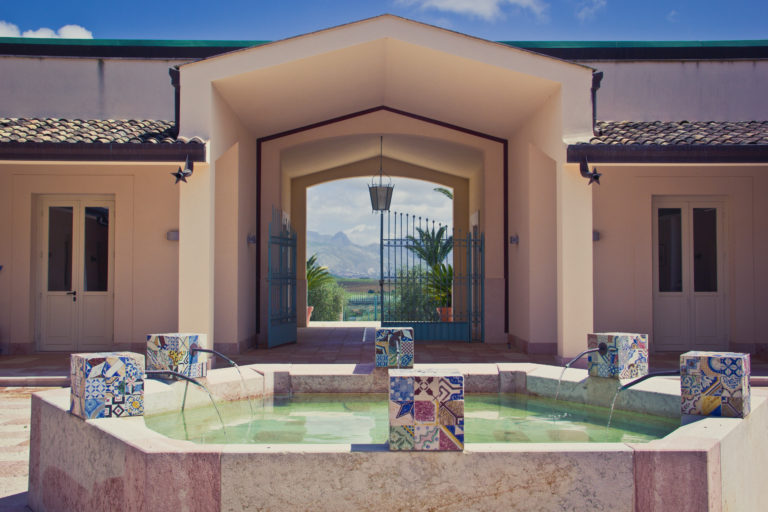 Rapitalà is the fruit of a truly romantic story. The story of a French man and a Sicilian woman who, having met in France, fell in love and together created a piece of Sicilian viticulture history.

The Tenuta Rapitalà was in fact founded at the end of the 1960s by Count Hugues Bernard de la Gatinais and his wife, Countess Gigi Guarrasi, following the earthquake in the Belice Valley. 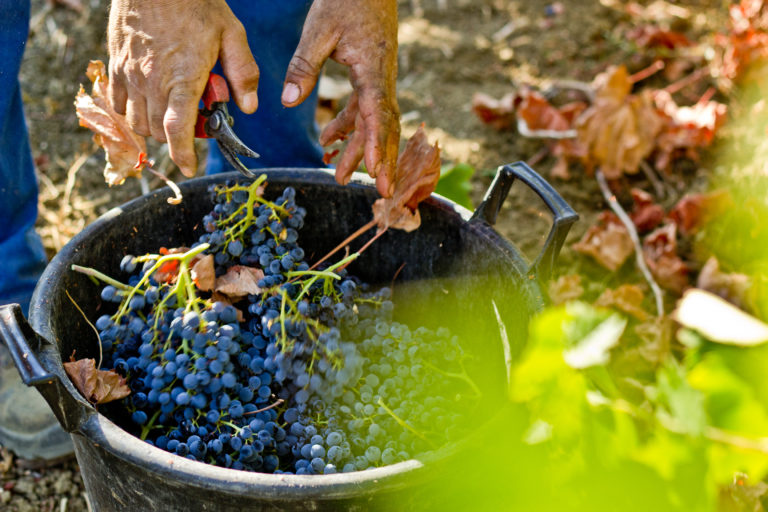 A winery with a dual Sicilian-French soul, which has interpreted and told the territory, enhancing this union. From the beginning both native varieties such as Nero d’Avola, Grillo and Catarratto have been cultivated, as well as varieties of French origin, such as Cabernet Sauvignon, Pinot Noir, Syrah, Chardonnay, Sauvignon Blanc etc.
They were among the pioneers in believing that even from international varieties, important results could be obtained in Sicily.

Today, Rapitalà is part of the wineries range og Gruppo Italiano Vini, the first national group for the production and marketing of wines.
The work of the de la Gatinais family remains intact, thanks to their son Laurent, who carries on what his parents started, assisted by an exceptional team in a truly leading-edge cellar. 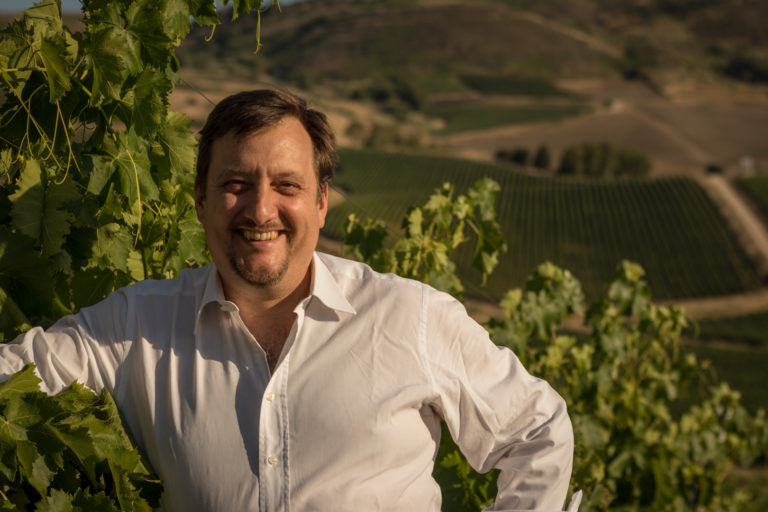 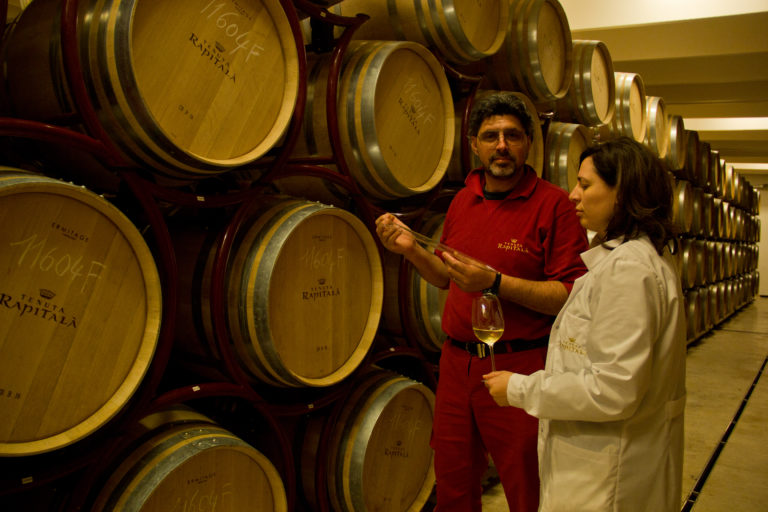 Talking of wines …
The winery is very strong in the large-scale retail trade , this is well known. But their lines dedicated to the on-trade channel are the most interesting, and those that, in my opinion, tell Rapitalà better. 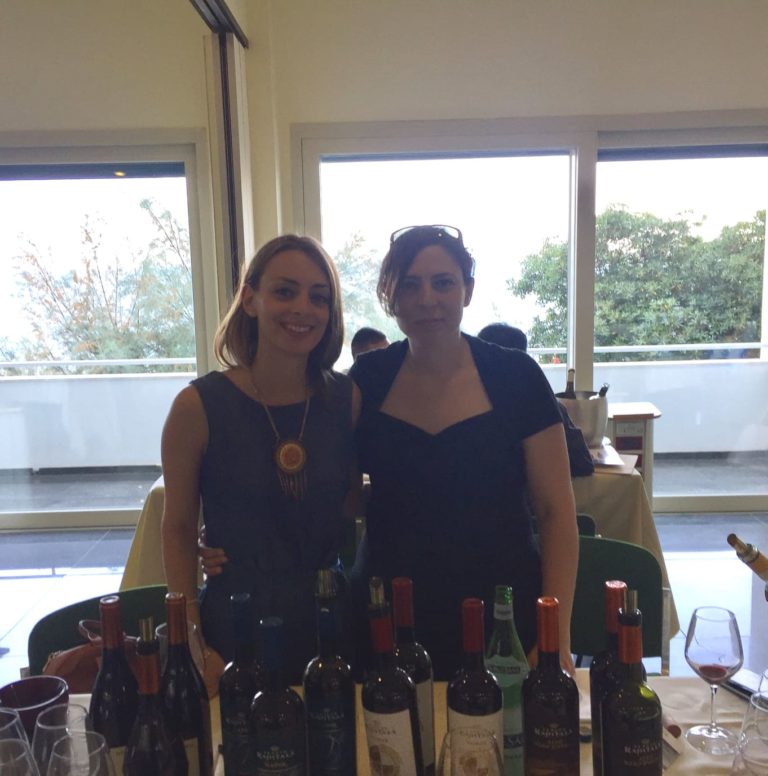 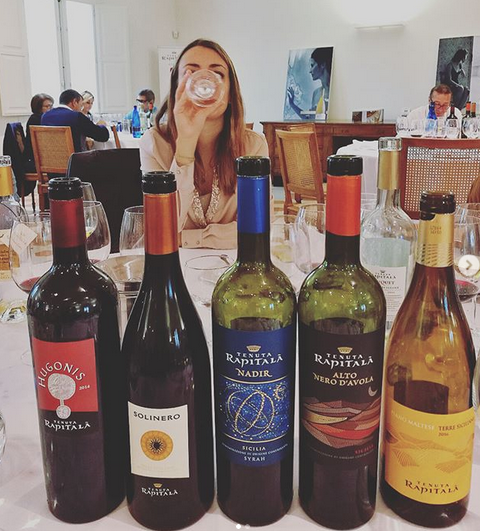 Attention to quality and terroir is at the center of the winery’s work.
Their wines tell us about the territory, the expression of French varieties in Sicily and the vision of the de la Gatinais family.
Here I share with you my favorite wines. 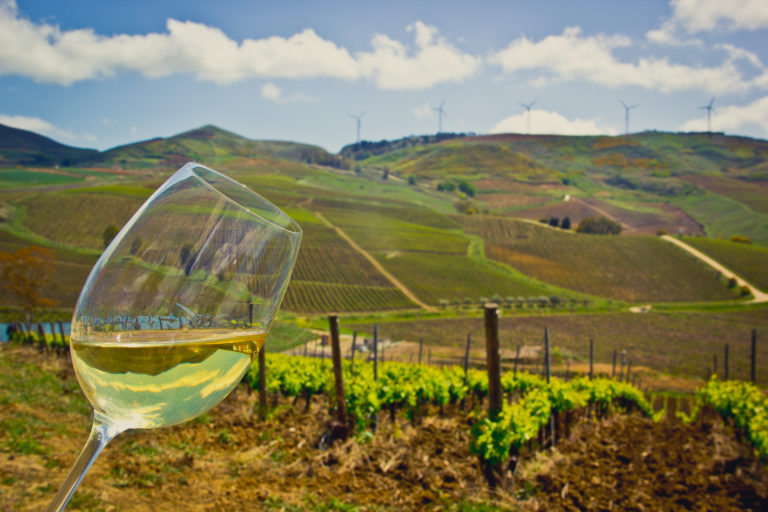 My first love, before meet the winery, was the Bouquet, a blend of Grillo, Sauvignon Blanc and Viogner, very fresh, pleasantly aromatic, excellent pairing for spaghetti with mullet and wild finocchietto, raw seafood or salami and cheeses. For those approaching wine it’s certainly a great start.

Then, after breathed the winery air, I had lightning strikes for their Alto Nero d’Avola Sicilia DOC. The vineyard is located in the highest part of the estate, at 550 mt. a.s.l., from which it comes out, following a period of aging of 13 months between barriques and large barrels, a very elegant nero d’avola, in which forest fruits and spices alternate harmoniously. 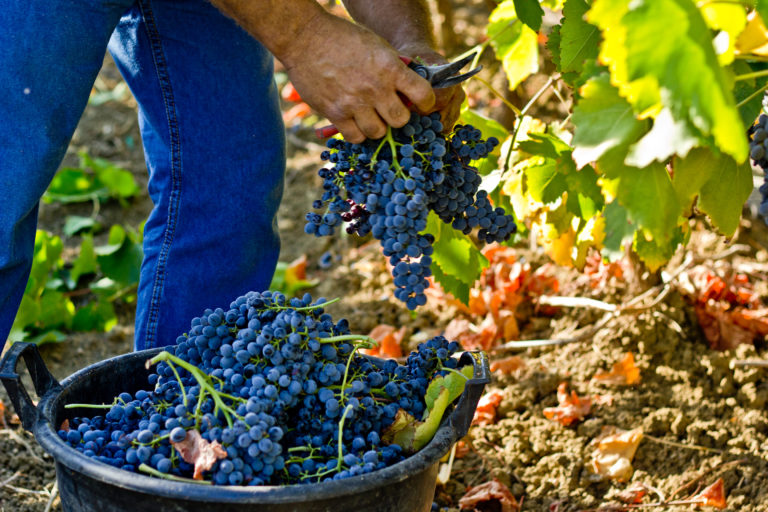 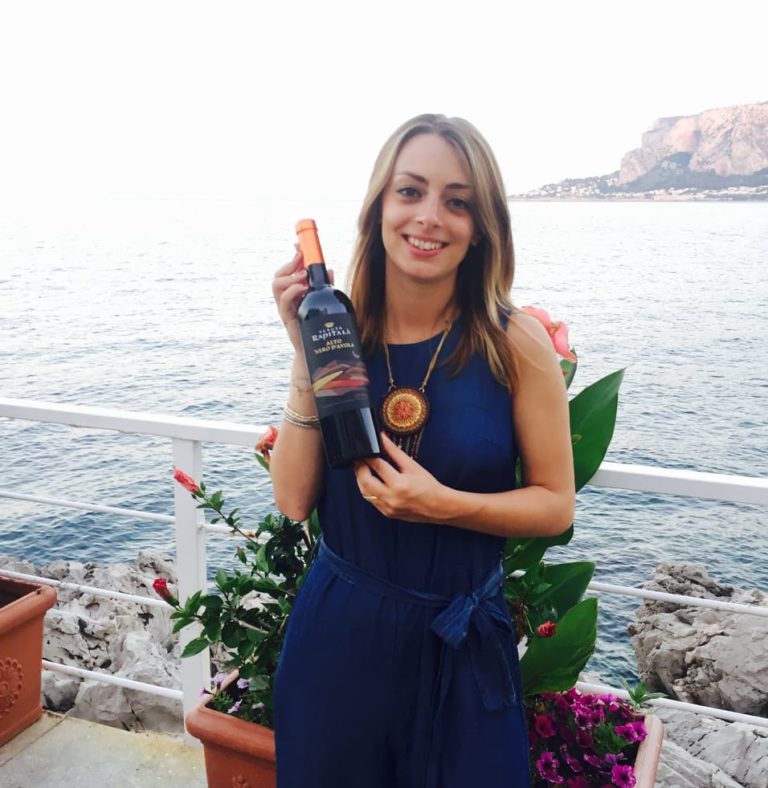 Of the same line, the Mosaics, I cannot fail to mention the Vigna Casalj Alcamo Classico DOC. The wine takes its name from the ancient name of the Casalj Rabitallavi estate. And, in addition to telling us the story, he also tells us about the expression of Catarratto in his chosen territory. Vigna Casalj is a wine of excellent drinkability and freshness, which expresses hints of Mediterranean scrub, flowers and fruit such as pear and green apple.

But let’s talk about their Syrah: Nadir Syrah Sicilia DOC and Solinero Syrah Terre Siciliane IGT (the result of a selection of a 3-hectare vineyard). In this area, Syrah has a truly extraordinary expression. It could almost be considered a native as far as he is “comfortable”. And both of these wines are the proof, but I will talk about this again because it deserves a dedicated post. 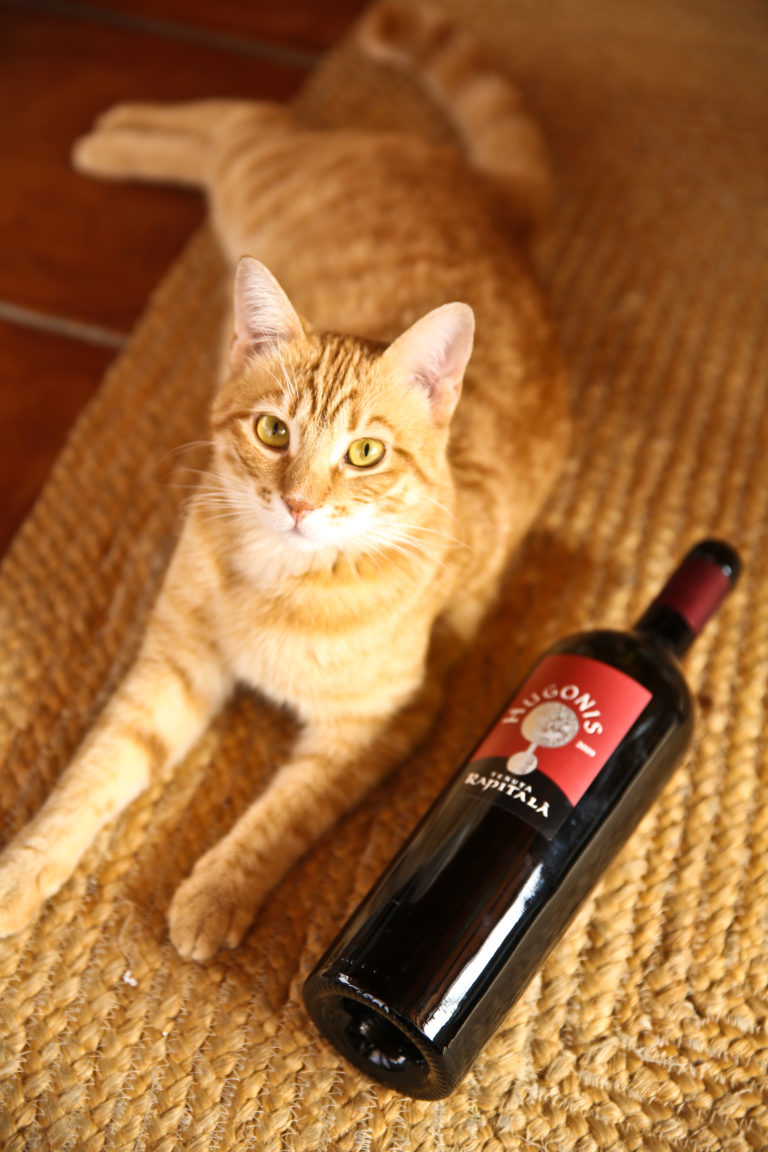 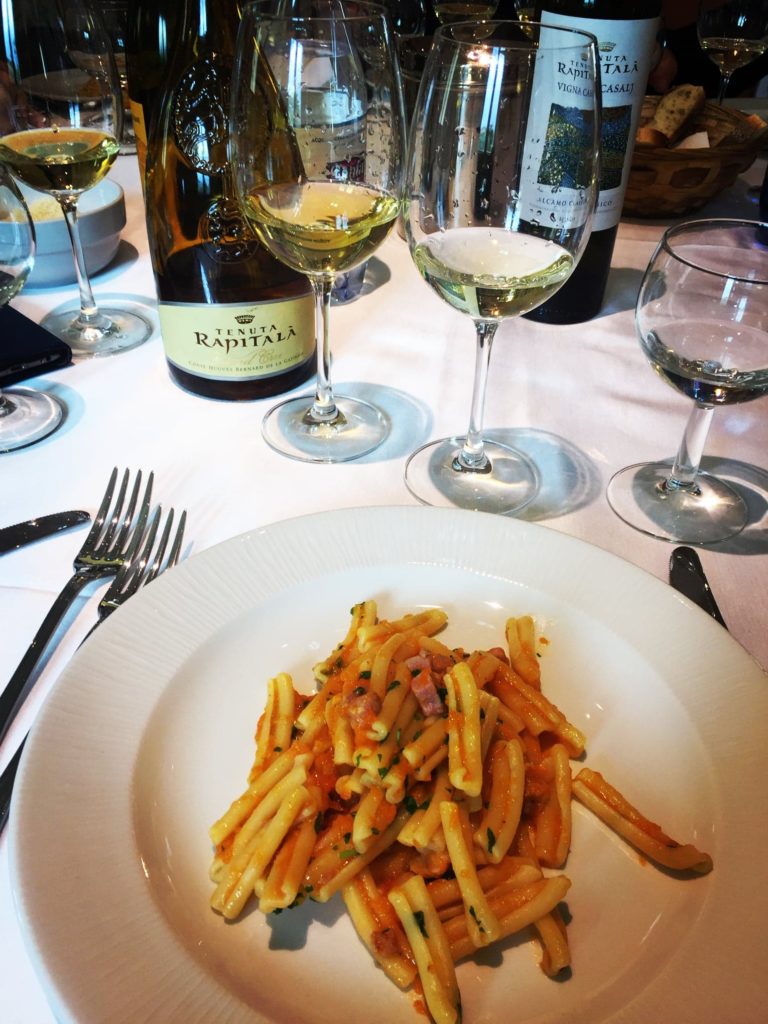 And then there are two important wines, both mark from the seals of de la Gatinais family. I’m talking about the Grand Cru, the 100% oaked Chardonnay, and the Hugonis, the blend of Nero d’Avola and Cabernet Sauvignon of great and powerful.
In Sicily, Rapitalà is undoubtedly a cellar to be known. 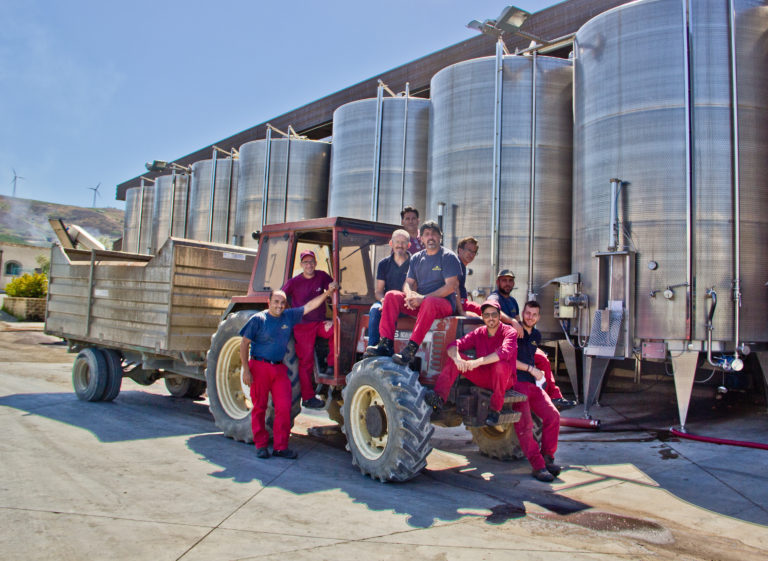 In Sicily, Rapitalà is undoubtedly a cellar to be known.

For me this is paradise, the place where my passion for wine exploded. I keep beautiful memories and consider it as a home now.
And if you decide to visit it, I assure you that you will be treated so well that you too feel a little at home. 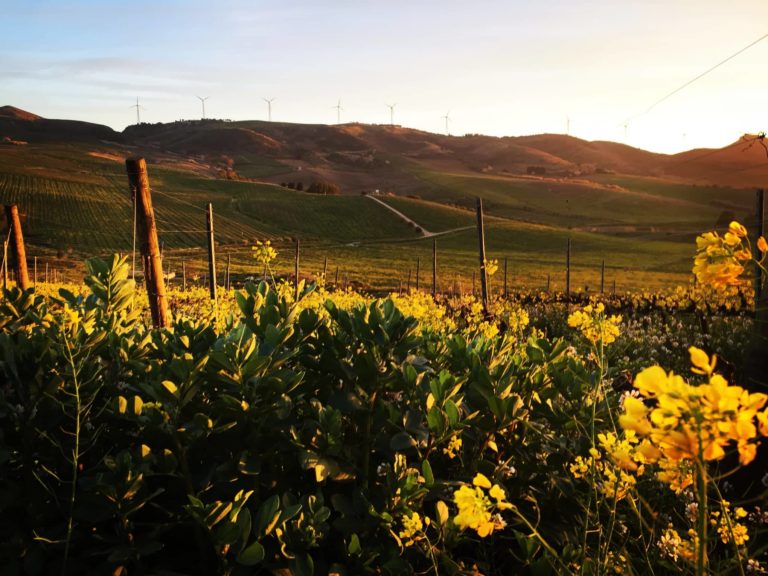 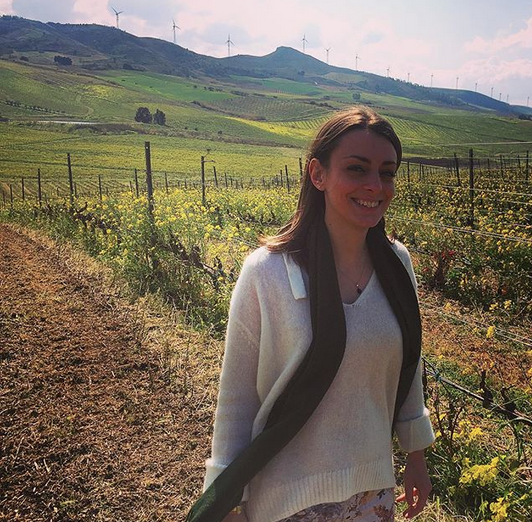 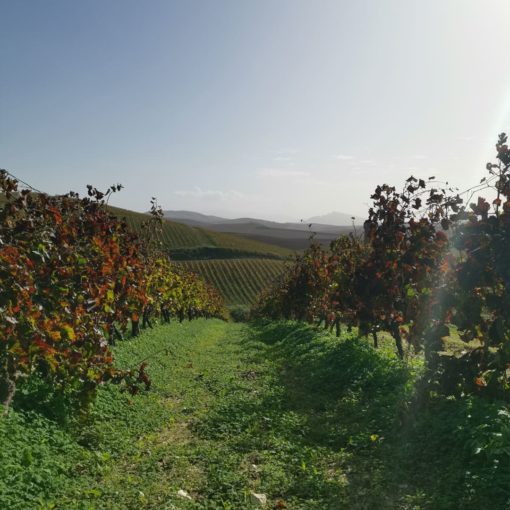 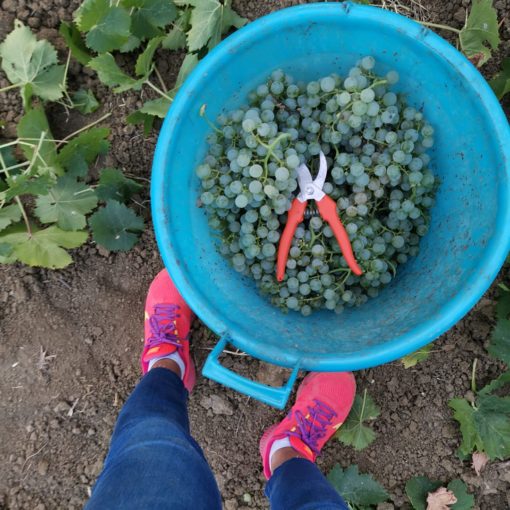